First Priority is a 501(c)(3) non-profit organization that works in the community as a strategic partnership of churches, ministers, business people, educators, parents and students who are concerned about the moral and spiritual well-being of students in Alabama. We help to train and mentor future leaders, provide positive peer groups for students on elementary, intermediate, middle and high school campuses across the area, facilitate school-wide assemblies to fight drug and alcohol abuse, and much more. The vision of First Priority is to see the hope of Christ in every student before they graduate high school.

First Priority began, informally, in 1990 with local Youth Minister Benny Proffitt as the visionary and leader. First in only a handful of over the mountain schools, the vision quickly formalized into a functioning non-profit organization in 1992 under the leadership of businessman Tommy Brigham. Over the years to follow, First Priority exploded, practically, on every High School and Middle School campus in Greater Birmingham. From the late 1990s through the late 2000s, First Priority of Greater Birmingham served these schools and focused on making ministry at each school the best it could be.

First Priority of Greater Birmingham flourished for many years under the leadership of Board Chairmen Tommy Brigham, Garry Ard, Mark Peeples and Tom Lambert. Executive Director Greg Davis, who first volunteered with the organization in 1994, joined the staff in 1996 and continues today as President of the organization. From that small group of men, the vision of First Priority spread like wildfire. Six schools have now grown to nearly 200 in Central Alabama alone, involving approximately 13,000 students every week during the school year. As more churches began implementing First Priority in their communities, the movement spread outside Alabama. As a result, Benny Proffitt left Birmingham to form First Priority of America, which has now touched all 50 states.

The start of reaching a younger generation

In 2011, with the culture changing and fewer students attending church, First Priority began working with parents and local churches to establish campus clubs in elementary and intermediate schools that would expose children to the Biblical teachings of what “Jesus Said.” FPKids is a strategy for churches and parents to partner together around schools to empower elementary and intermediate students to influence their school with the Gospel of Jesus Christ. During the 2017-2018 school year, over 40 schools and nearly 4,000 students participated in FPKids. The FPKids strategy focuses on teaching students to know and do what “Jesus Said.” The curriculum consists of four parts that are repeated every month: Read It, See It, Live It, Tell It. Each month, students Read and learn what Jesus Said; they See how His teaching changes them and the marks it leaves on them; they experience real ways to Live out the truth with love; and they encourage each other to Tell others about Jesus. FPKids is taking God’s Word and putting it into action on campus.

Our goal with FPKids is to reach students at a younger age and our prayer is that their faith will stick with them throughout high school and after graduation. New studies from Barna say, "If Jesus is not already part of students' lives by the time they leave junior high school, the chance of them professing Him as their Lord and Savior is very slim (6% to be exact)." We have to reach them now and FPKids is the new wave of the future. 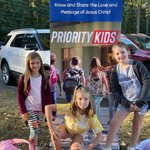 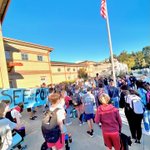 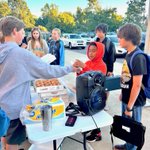 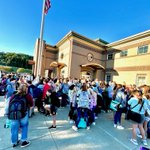